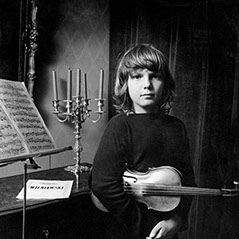 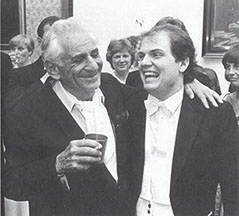 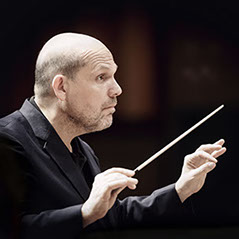 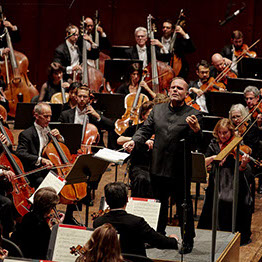 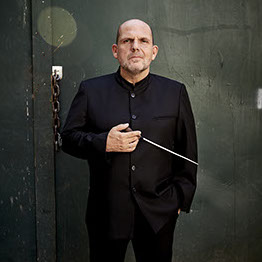 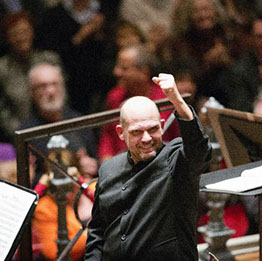 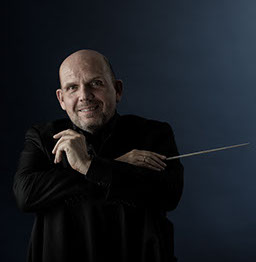 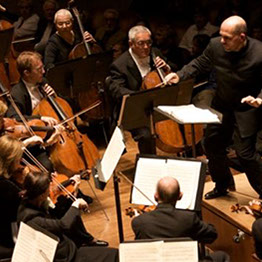 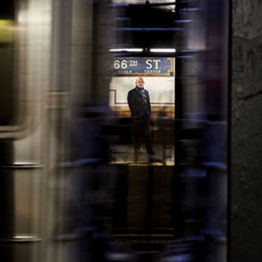 Jaap van Zweden signs a contract to record a violin concerto every year. Meanwhile he increasingly is turning to conducting.  This season he leads, among others, The Brabants Orchestra.

Jaap says goodbye to the Royal Concertgebouw Orchestra to focus more on the conducting life. That year he conducts the Mozarteum Orchestra Salzburg during a tour through The Netherlands. In June he gives concerts in The Netherlands and Germany with the Berliner Symphoniker.

Last official recording of Jaap as violinist is the violin concerto 'Gesungene Zeit' by Wolfgang Rihm The work is nominated for an Edison. Also makes his conducting debut in the United States as guest conductor of the St. Louis Symphony Orchestra.

Appointed as chief conductor of the Orkest van het Oosten in Enschede. With the orchestra he tours through the UK and the US.

He is appointed as the permanent guest conductor of The Brabants Orchestra.

Jaap leads the 'St. Matthew Passion' and the following year (1999), he conducts Mozart's 'Così Fan Tutte' at the Nationale Reisopera.

Jaap says goodbye to the Orkest van het Oosten and starts working as the chief conductor of the Residentie Orkest The Hague.

Together with his wife Aaltje he founded the Papageno Foundation. The aim of the foundation is to help parents, carers and counselors of children with autism find the most suitable way to live and function as independently as possible. Music is one of the most important ingredient in this.

Debut as an opera conductor with Ludwig van Beethoven's 'Fidelio' at De Nationale Reisopera. With the Residentie Orkest, Jaap records all Beethoven symphonies.

Jaap performs for the second time since 1996 as guest conductor of an American orchestra. This time it is the Dallas Symphony Orchestra. The collaboration works so well that the orchestra offers Van Zweden the music director post.

Debut at the Dutch Opera with 'Madame Butterfly' by Puccini at De Nederlandse Opera.

Van Zweden accepts the post of chief conductor at the Filharmonie van Vlaanderen. He also becomes Music Director of the Dallas Symphony Orchestra.

For the first time he conducts a Wagner opera, 'Lohengrin' with the Radio Philharmonic Orchestra in the Concertgebouw Amsterdam and in the Salle Pleyel in Paris.

Jaap makes his debut as guest conductor with various American orchestras including the Chicago Symphony Orchestra and the Philadelphia Orchestra.

Jaap announces that he will conclude his tenure as chief conductor of Radio Filharmonisch Orkest in 2012. The orchestra offers him the title of honorary guest conductor. During the same period Van Zweden decides to part ways with the Philharmonic of Flanders.

On November 28, he is presented with the Radio 4 Prize at a festive concert in the Muziekgebouw aan 't IJ in Amsterdam.

Debut with the Radio Philharmonic Orchestra at the BBC Proms in the Royal Albert Hall in London. The concert (Bruckner's 'Eighth Symphony') is broadcast live on BBC Radio 3.

On 5 December, Jaap receives the 2012 Conductor of the Year  Award from Musical America in New York.

Appointment as Music Director of the Hong Kong Philharmonic Orchestra.

The CD with Richard Wagner's 'Parsifal' in a performance by the Groot Omroepkoor and the Radio Philharmonic Orchestra receives an Edison Classical.

That year Jaap also makes his debut with the Berliner Philharmoniker.

Opening by Queen Maxima of the Papageno House in Laren, The Netherlands.

In January it becomes known that Van Zweden will become music director of the world famous New York Philharmonic.

'Götterdammering' is performed and recorded by the Hong Kong Philharmonic as the conclusion of the complete cycle of Wagner’s 'Der Ring des Nibelungen' on the label Naxos,

In May, Jaap will say goodbye to the Dallas Symphony Orchestra.